Evading the necessity for use of pesticides through only harvesting once a year in Spring.

THINKING ABOUT PROPER NOURISHMENT FOR TEA

At the Azuma tea farm yearly between 10 and 20 ton of tea is produced during only first harvest, of which 80% is manufactured as tencha (for the production of matcha) and 10% sencha. Of their tencha about 60% is sold to a wholesaler and 20 to 30% is sold in retail under their house-brand. Sencha is almost exclusively for their retail. The family focuses on organic production with the intention to sell abroad, now mostly in Europe and Russia. Besides green tea they also produce a small amount of black tea.

The black tea is fully oxidized, which means no fixing is necessary by heating the leaf intermediary. The tea is first withering while letting it rest in a room heated with hot air for 7 to 8 hours, whereupon the leaf is rolled for 30 to 40 minutes. Then it is allowed to ferment in a ‘muro’ greenhouse kind of chamber that is humid enough to accelerate fermentation. Finally the tea is dried in a large heated drum, and is fully dried in the ‘caterpillar’ drying chest common for the manufacturing of sencha. 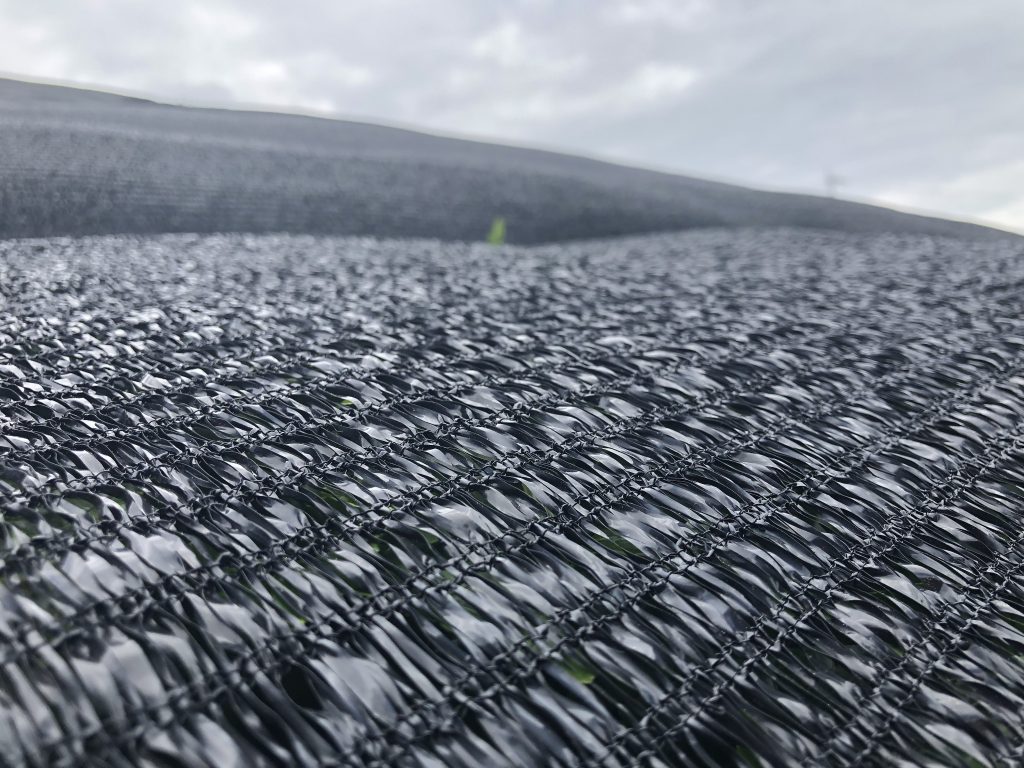 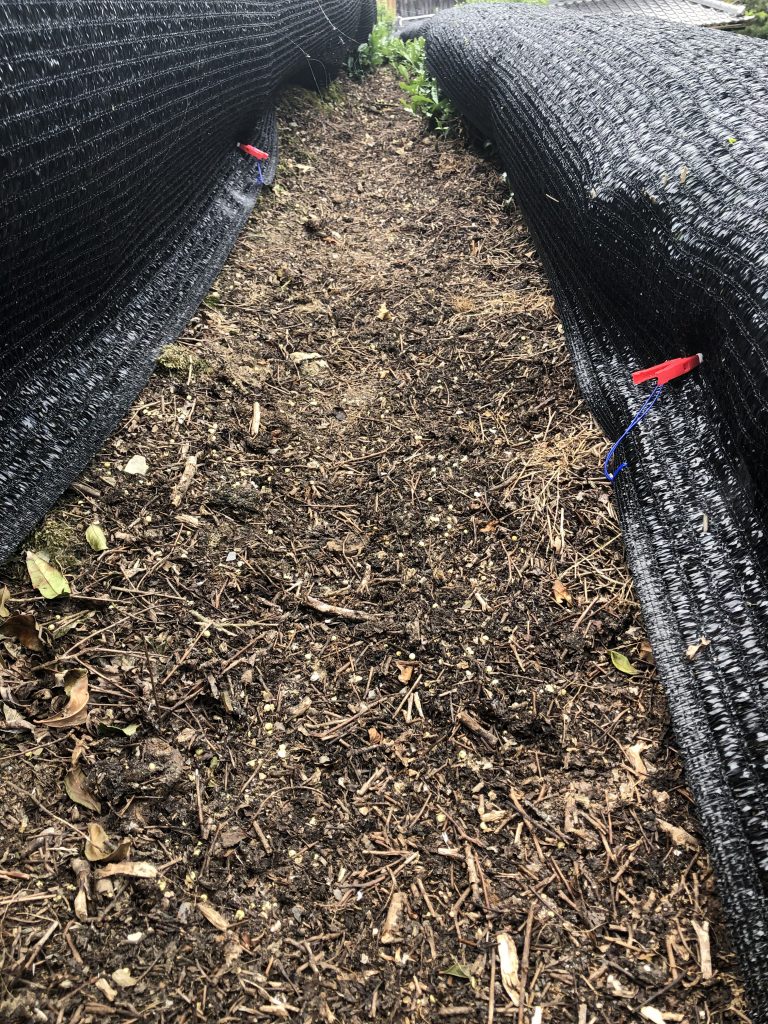 The father of the Azuma family takes great care in choosing and home-blending his fertilizers and in relation to their approach to JAS organic farming he says: “Only obtaining the first flush helps to combat the bugs. After the first harvest we trim the bushes down in preparation of the next year. This means that we harvest before the bugs become active, and trim the bushes [刈り放し; karihokashi] so that when the bugs arrive, there is nothing left for them to survive on. This helps us to omit the necessity for the use of pesticides. On the contrary, if you harvest 2 to 3 times a year, then it is necessary to fight the bugs for they will affect your harvest after the first flush.”

Organic cultivation is less labor intensive as the work and cost of buying and spraying chemicals can be reduced. Though he mentions that to be absolutely organic with your farming, it is common to only employ absolutely organic fertilizers as well. His focus is mostly to make sure there can’t be any pesticide residue on his tea, but does employ a small variety of chemical fertilizers that help the bushes grow lush in flavor. He assesses what the bushes need by ‘talking’ to them. “They become as your children or your pet. Although you have no idea what your dog is barking about, you can feel, energetically, what it is that he/she is trying to tell you.” For Mr. Azuma it is the same with his tea bushes. Therefore he also cares about his manure, and blends it himself, based on what his bushes tell him. He raises his tea bushes by listening to their voice and cares about them greatly as they are the base for a variety of products, which he crafts without the use of pesticides out of consideration for the health and wellness of its drinker.

What tea needs the most to grow is nitrogen. Most fertilizers consist of the following three substances: Nitrogen (N), Phosphorus (P), and Potassium (K). Rice for example, when fertilized with high amounts of Nitrogen only grow large leaf, but it doesn’t affect the growth of the grain itself. Whereas for tea it is the leaf that has to be fed, and therefore Nitrogen is a highly required substance. However, donning too much makes the leaf too fat, and prone to call bugs and diseases upon itself.

Azuma works with a combination of (N) 60-70%, (P) 10%, (K) 20%, and other smaller amounts of elements as Magensium (Mg), Mangan (Mn), etc. for the remaining 10%. He produces a mainly organic fertilizer, with minor elements of artificial products blended in. He says that if he would opt for fully organic only, the cost wouldn’t ad up for his purposes. Oil cake is a good foundation, and is widely available, but other substances such as fish lees from pacific herring for example used to be widely available, but are contemporarily scarce, and therefore expensive. Although the amounts of Nitrogen in fish lees are sufficient, the cost to obtain it is too high, and therefore he chooses to work with an oil cake base, and add artificial elements to it in small amounts. In February he would usually apply 300kg per 1000m2 of oil cake only. In March he then applies compost, and when the new buds start showing, he gives them Ammonium sulfate, which contains a good amount (21%) of Nitrogen for a final boost before growth, about 60-70kg per 1000m2.

He also started looking into a new method with coated fertilizer, which allows the sprayed fertilizer to only gradually dissolve, and enter the soil. This coated substance is called Urea, which contains approximately 40% Nitrogen, which is considered high. Adding this to the soil will gradually – for the period of approximately 4 months – continue to feed the bushes with their required nourishment.

Nevertheless, he does believe that donning less nourishment to the bush makes for an inherently healthier plant, which will extend its life span and continues producing for a longer period of time. Over-fertilized bushes on the contrary tend to have a very short life span.

Final firing or ‘branding’ [火入; Hiire] is used to reduce the tannin in the tea; to make it rounder and sweeter. It also improves the length it can be stored for. He therefore chooses to never sell his tea unfiltered as crude aracha, but always refines it through filtering and fires it before selling.

Manufacturing as well as refinery is done in-house. As a foremost producer of matcha, their facilities are focused around the manufacturing of tencha, for which, in fact, they are just bringing to completion the construction of a new dedicated tencha factory. Initially they have been producing is kitchen grade matcha – used for application in cooking products – for which they have mostly employed a ball mill to grind the leaf into powder. At the new factory they have added the facility of a newly imported machine that can mill faster, without loss of color and fragrance, in addition to several traditional stone mortars for pulverization of higher quality matcha products. 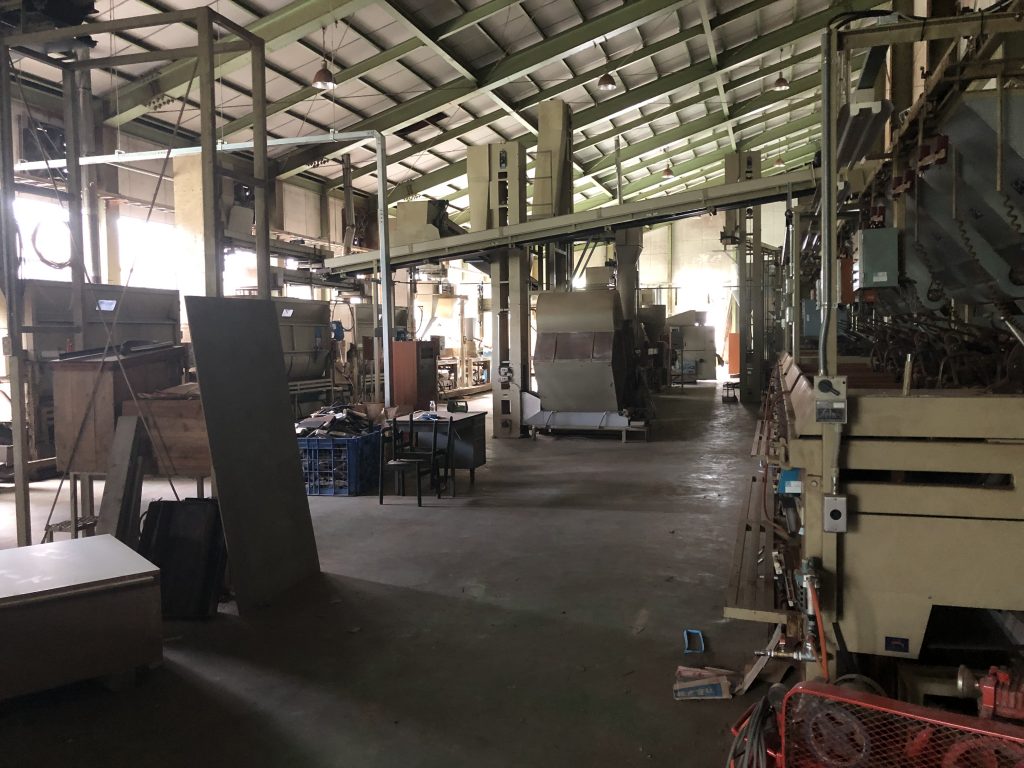 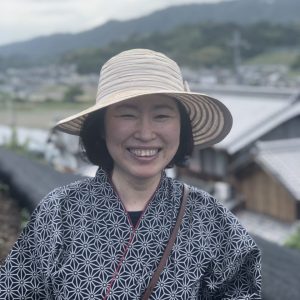 80% matcha production
Harvest only once a year

Pesticide free and organic matcha from Kyoto. Besides matcha they also produce sencha and black tea, but only if a secondary harvest is necessary to maintain the vitality of their tea bushes.

Evading the necessity for use of pesticides through only harvesting once a year in Spring.