Rebuilding a healthy and strong body, and a healthy environment for the children of the future.

THE MALICIOUSNESS OF AGRICULTURAL CHEMICALS.

Kamo [加茂(かも)] is a small town situated on the southern flanks of Kyoto’s most meridional mountains through which the Kizu river [木津川(きづがわ)] makes its way smoothly-curving towards Osaka. As a former member of the Sōraku District [相楽郡(そうらくぐん)] (with member towns Kasagi [笠木町(かさぎちょう)], Minamiyamashiro [南山城村(みなみやましろむら)], Seika [精華町(せいかちょう)] and Wazuka [和束町(わづかちょう)]) this town is the final stop on the border of Kyoto before reaching Nara prefecture, and simultaneously the most southern tea producing area of Kyoto. It is in this area that Tokuya Yamazaki [山崎(やまざき)徳哉(とくや)] manufactures his naturally produced tea.

The name of the farm, Kamo Natural Tea-farm [加茂自然農園(かもしぜんのうえん)], resourcefully alludes to his stern belief in the use of natural methods only, and the specific area where this farm is situated. As the son of a tea farmer, he grew up amidst the tea gardens in this rural area, and quickly became acknowledged with the orthodox farming routines in this region. In between harvests, weeds should be extinguished employing ample extinguisher; in summer, bugs should be prevented bestowing plentiful pesticides on the bushes; and the soil should be kept thoroughly fertilized with artificial nourishment for the best results of harvest. Such approaches have become common sense, and as a young beginning farmer, aspiring to take over certain parts of his family’s plantation, he learned how to efficiently apply these chemical substances as part of his daily training. 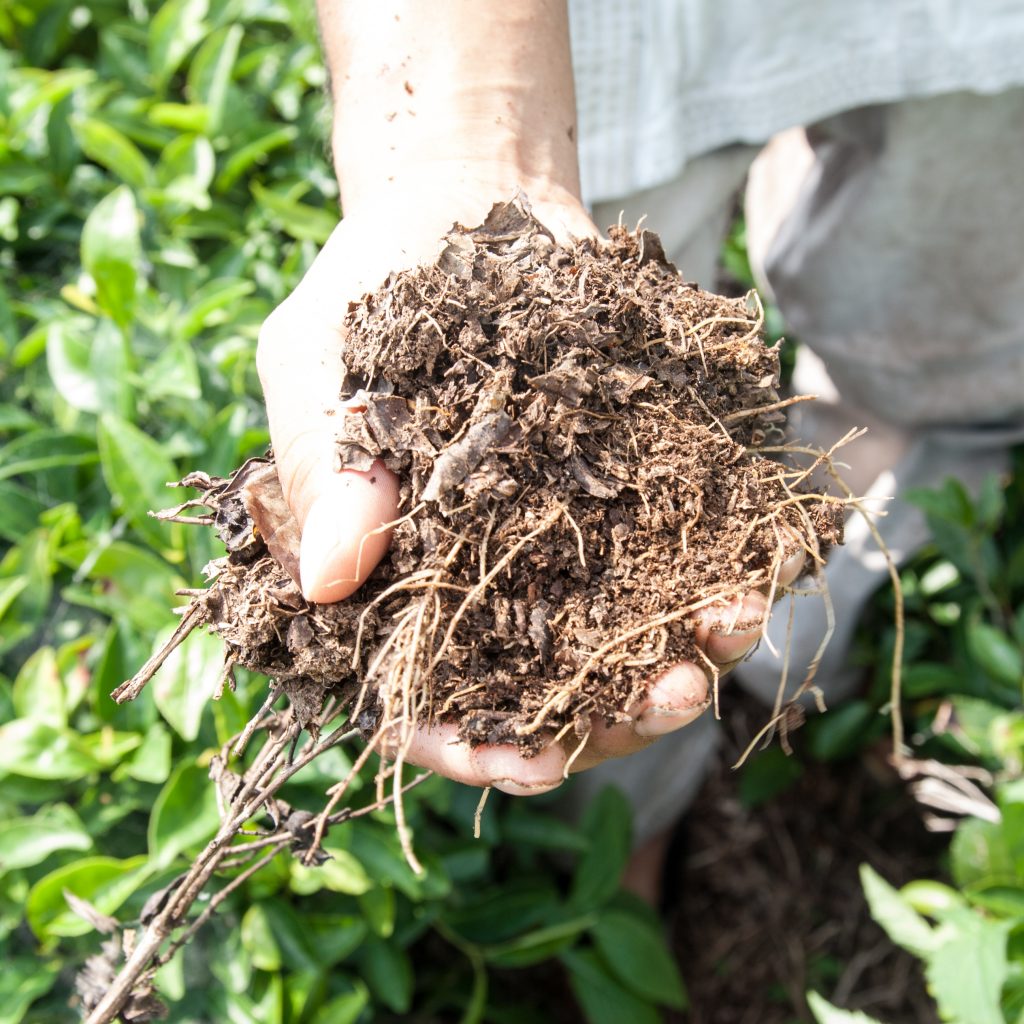 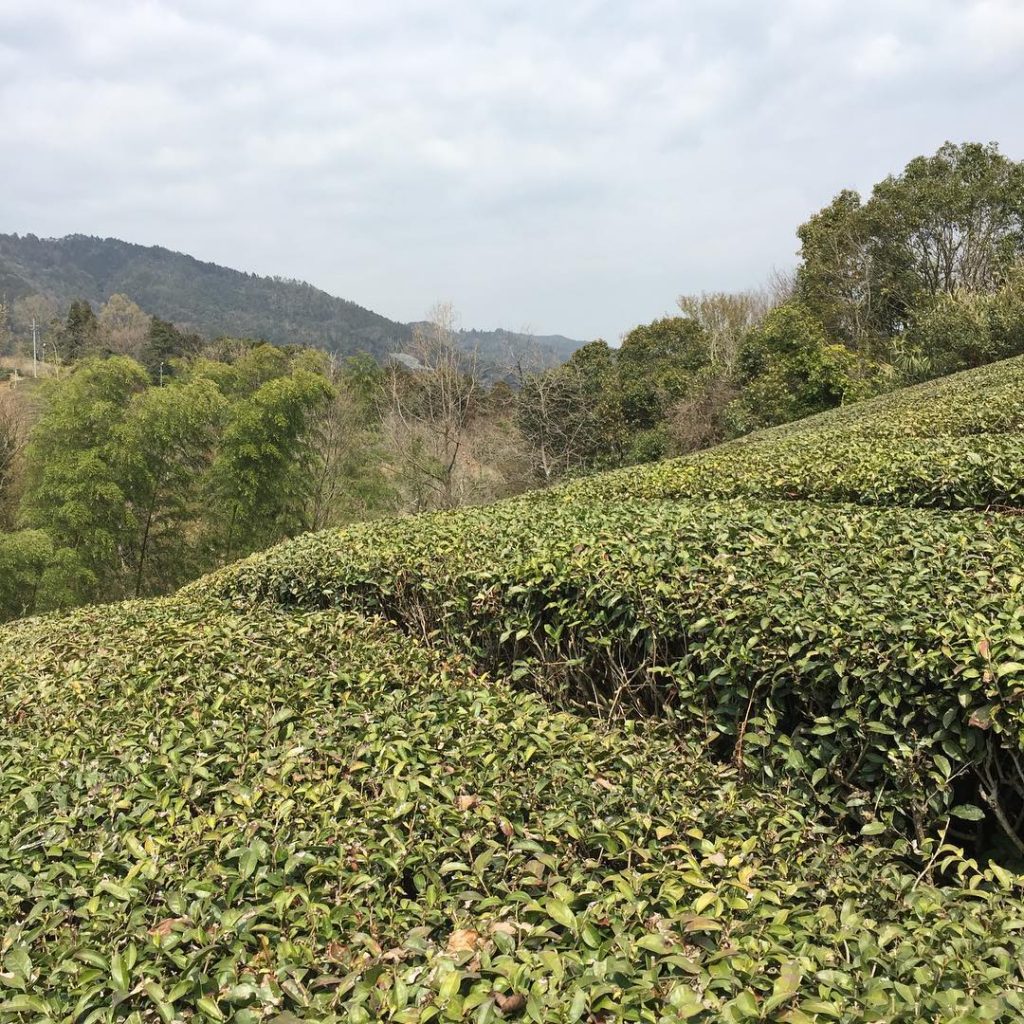 It wasn’t for long however, before these practices started to take its toll on Tokuya’s health. During his youth, he had suffered various illnesses, some of which included acute stomachaches, or numbness and trembling in hands and feet. He frequented doctors, but was never able to gain insight about the source of these recurring issues. The puzzling thing was that they somehow appeared each year during the same period in summer; a period, of which he later found out, the application of pesticides, was at its peak. When he started taking over the methods of his predecessors, and began taking chemicals in his own hands, these issues and illnesses began to appear more frequently and more severely. His struggles now also included severe backache, stress, loss of sight, etc. Yet, doctors remained clueless as to what the essence of the problem was.

His issues became so troublesome that it had started to limit his quality of life, and continuously receiving the same response from doctors also started to work frustrating. He decided to singlehandedly look into the source of his suffering and, to his surprise, Tokuya discovered that others had also experienced similar symptoms. Furthermore, distinct research has pointed to one particular source as the reason of this suffering, a chemical component named ‘Dioxin’ [ダイオキシン] that could cause identical manifestations in the human body as he had been coping with. Digging further, he was able to identify this chemical as an active substance that is strongly represented in herbicides of the kind he had been using in excess. Further research pointed out that most of these symptoms were related to a chronic addiction or intake of an agrochemical [農薬(のうやく)] with the name ‘organophosphorus’ [有機(ゆうき)リン] of which the main component is ‘sarin’ [サリン]. To illustrate the poisonousness of this particular chemical, sarin is the substance that was employed by the attackers during the sarin gas-attack on the Tokyo subway in 1995 [地下鉄(ちかてつ)サリン事件(じけん)], killing 12 people, severely injuring 50, and causing vision problems for nearly 5,000 other persons.

Having realized that the cause for his suffering was induced by the over-usage of chemicals by himself and the farmers in his surroundings, and having discovered that these chemicals contain absolutely deadly and dreadfully harming components, he felt urged to rid himself and his tea-bushes of these malicious products. As a means to detox and recover his body, he took up sports again and began to rebuild his muscle.

The impact of this discovery was so great that he immediately terminated the use of fertilizers, pesticides and any other sort of chemicals to his gardens, this however, to the discontent of the subjected plants. The abrupt lack of nourishment, which the trees were used to, made them weak and vulnerable. Moreover, the fertilization that was still remaining in the soil and thus in the leaf of the bushes attracted a variety of insects, which, since he had also omitted any kind of pesticide, were now free to indulge in a feast. In effect, this sudden act almost left one whole farm dead. Taking this as a learning experience, Tokuya opted for a more gentle approach with his remaining farms and decided to first quit the use of fertilizer, and only in a later stage omit pesticides as well. Now, all of his farms have been transferred to natural cultivation methods, and the farm that had almost gone extinct, has also revived to a healthy natural tea garden.

Today, Tokuya continues his efforts to produce a truly healthy and poison-free tea, and has begun to apply the same method on other agricultural products. His experience, and what this taught him is valuable information, which he thrives to share with others in order to raise awareness about the existence of the issues he suffered. His hopes are that this may aid more people to recognize the source of certain discomforts, and in the long run that no one more needs to endure similar hardship. 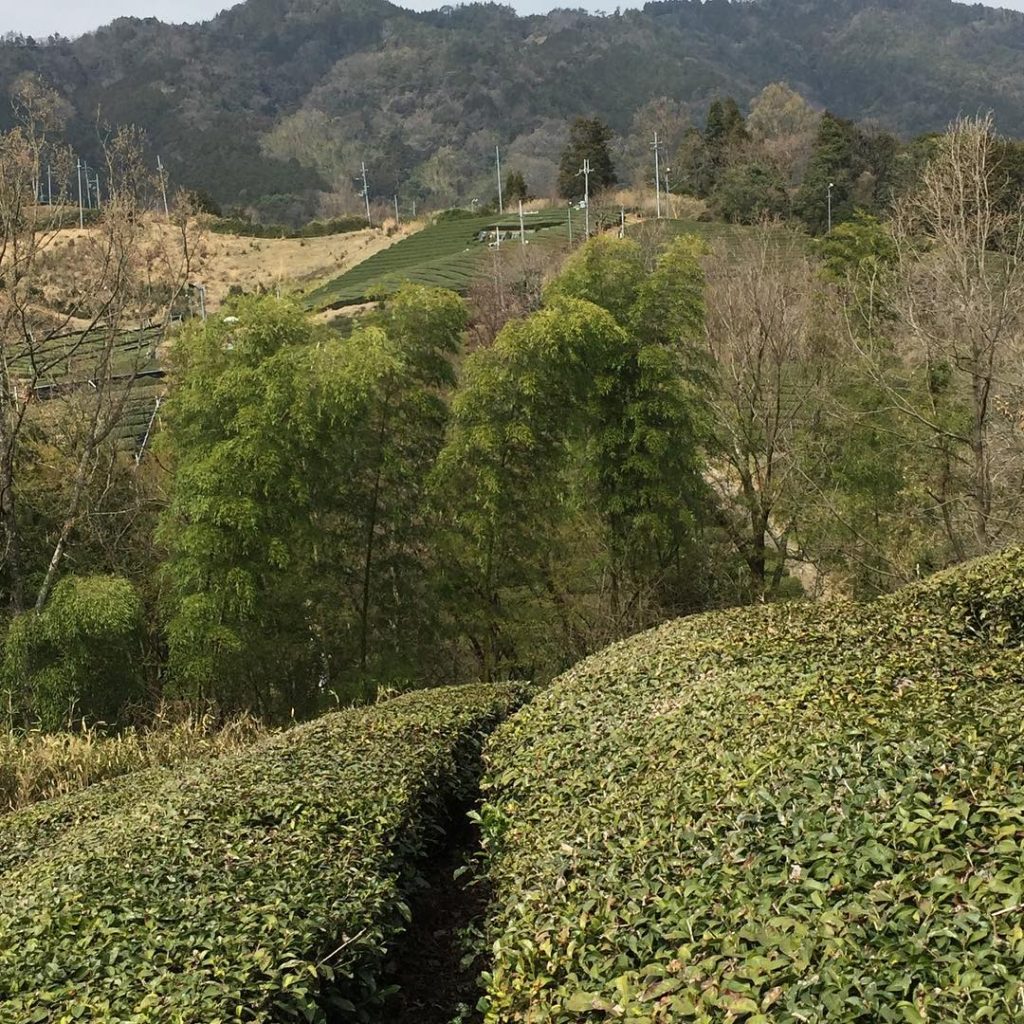 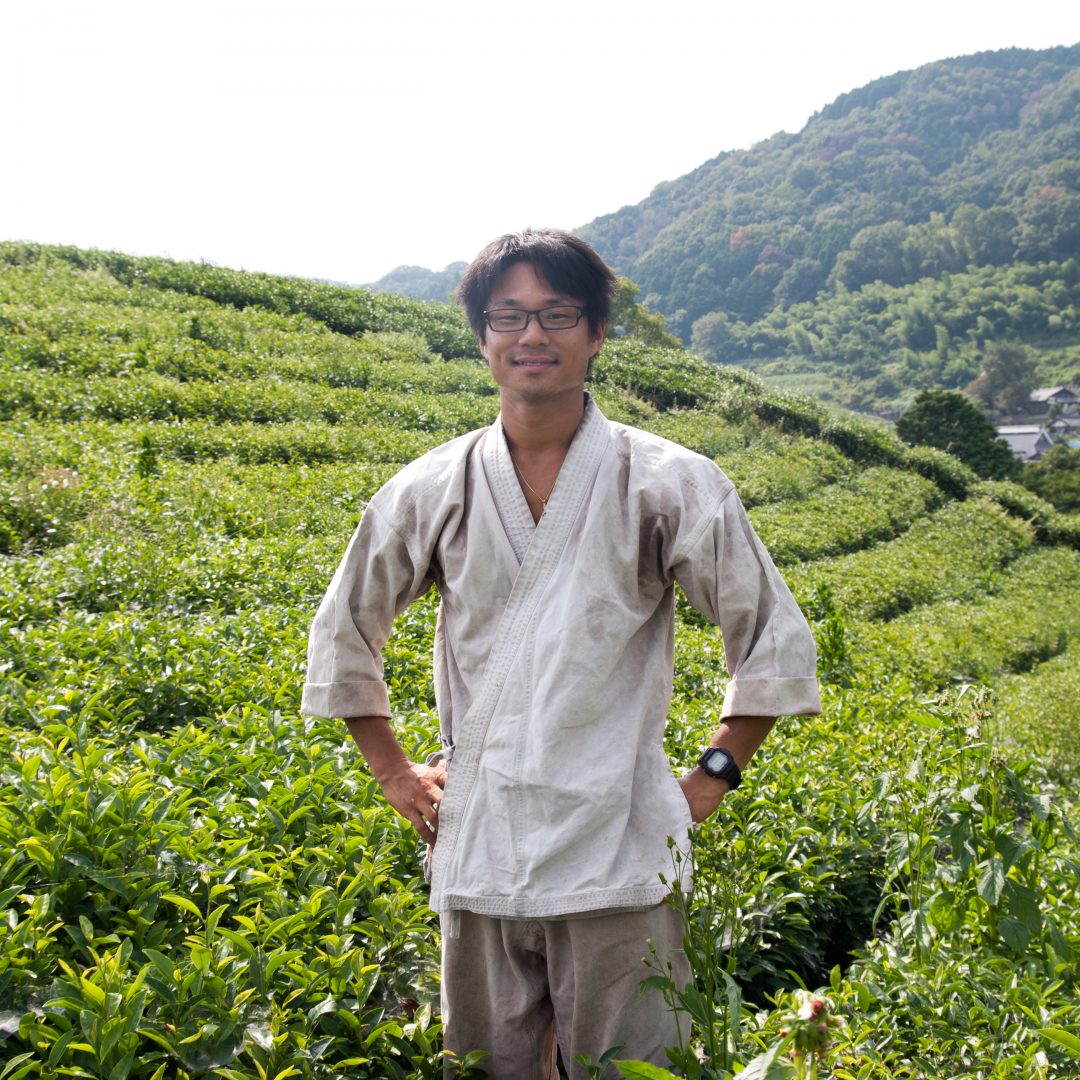 Born in 1983. Grew up in a tea farmer family. Having suffered under conventional farming methods, he resolved to return to an absolute organic and natural approach. “Let tea be tea; let people be people.” It is in the same way that he aims to raise his two children.

Rebuilding a healthy and strong body, and a healthy environment for the children of the future.