A truly delicious tea is born from the plant’s inherent natural energy.

RETURN TO THE ROOTS OF TEA MANUFACTURING

Kamairi-cha [釜炒り茶] was – especially in agricultural communities – the common method for tea manufacturing and was considered a tea “by the people, for the people.” However, with steamed tea variations becoming more current, manufacturing of this tea dropped and is now only produced in a few areas throughout Japan. One of the producers of this “chimera of tea” as it were, is Yōichi Kōrogi; a long-term producer of kamairi-cha. His tea farm and factory is located in the small mountain village of Gokase [五ヶ瀬] in the north of Miyazaki prefecture. A village situated in the mountains at an altitude between 500 and 800m above sea level that is characterized by its mountain flanks wrapped in rows of tea bushes.

The region’s cool environment is suitable for the production of a high quality tea, and lends itself particularly well to organic farming since harmful bugs don’t appear often in this area. Consequently, Yōichi has continued to produce tea employing only pesticide-free and organic farming methods for over 30 years. He believes that “a delicious tea is only the product of the essential natural energy inhabiting the plant.” During his time as a tea producer, Yōichi has won prizes for at least 15 times at the yearly product exhibition and screening hosted by the Ministry of Agriculture, Forestry and Fisheries [農林水産大臣賞, nōrin suisan daijin-shō]. 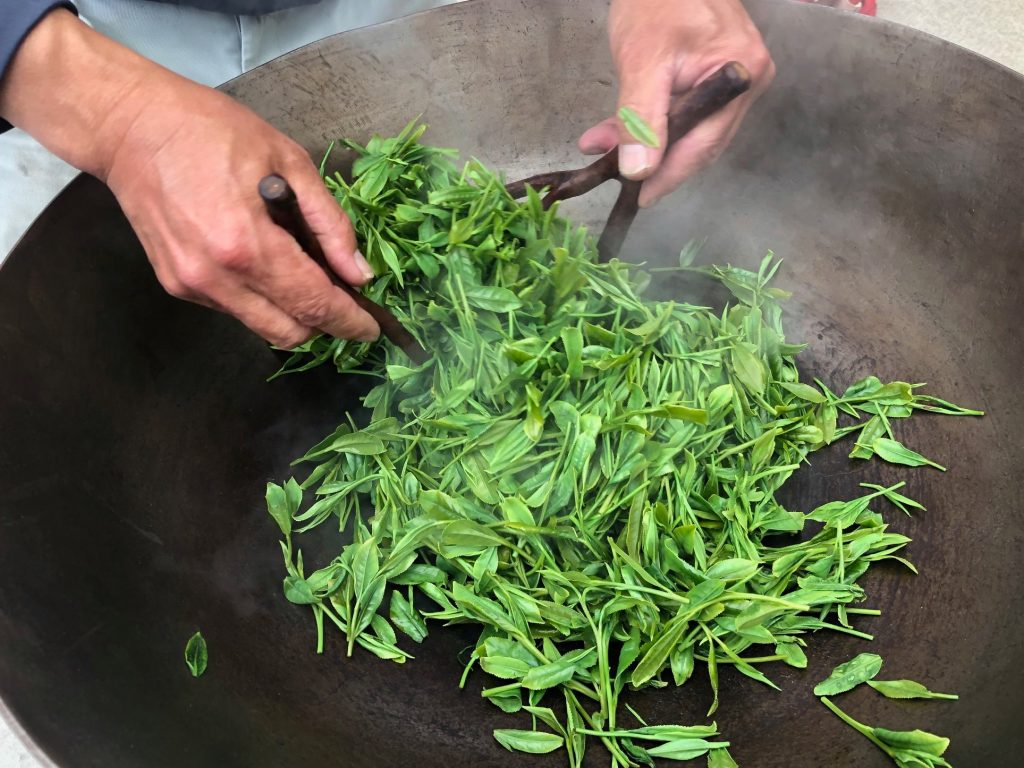 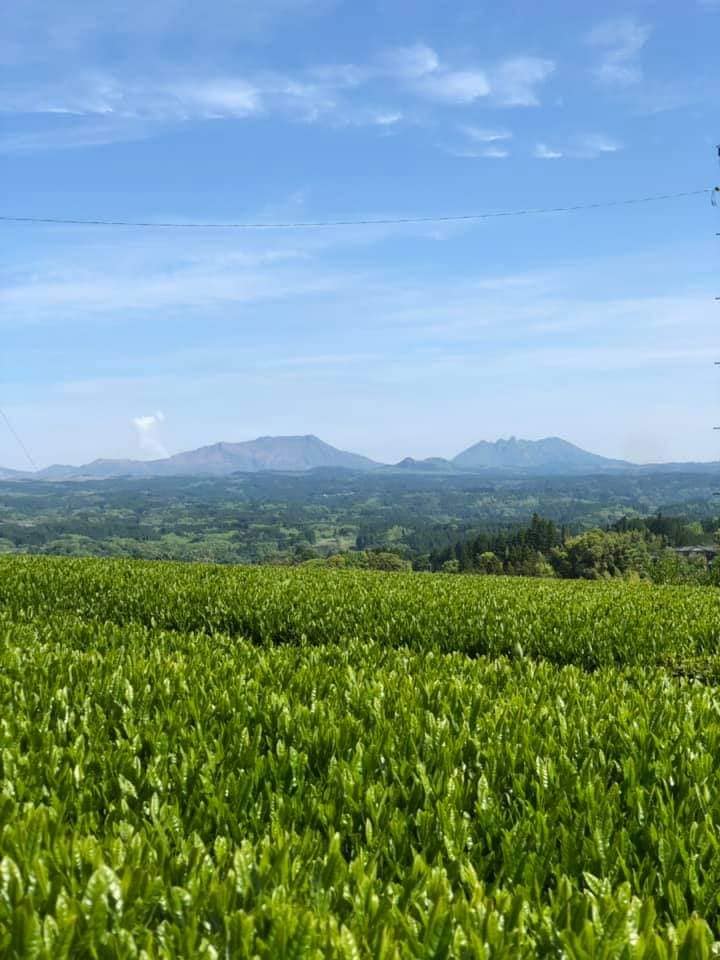 Yōichi explains that kamairi-cha, in comparison to steamed green tea – which currently holds over 95% of Japan’s green tea production – is completely different in production, flavor and aroma. Steamed tea [蒸し製, mushi-sei] is indicative of the fresh green flavor of the tealeaf, whereas kamairi-cha immediately gets rid of the grassy smells through parching; instead, drawing out the plentiful aromas that are hidden deep within the core of the leaf. According to Yōichi “whereas steamed tea focuses on a lush flavor, the focal point of kamairi-cha is its wealthy aroma.”

Gokase is one of the main regions where the kamairi-cha tradition is maintained. Nevertheless, most manufacturers have converted to mechanized modes of production and have forgotten traditional hand-processing methods. Yōichi’s factory at Gokase Midori Seicha [五ヶ瀬緑製茶] too is now fully automated, but he strongly believes that “if you don’t know and understand the original hand-processing methods, you won’t be able to successfully operate the machines either.” To implement and succeed the qualities of both ways of processing he continuously seeks for ways to give them a place in our present-day. Therefore, when he has students coming to learn kamairi-cha manufacturing from him, he at least once requires them to create a batch of tea, only using hand-processing methods. In addition, in order to re-establish and preserve traditional hand-processing methods, Yōichi has formed – together with other local producers – the Shinrokukai [新録会], a group of passionate tea producers that step up to together practice and transmit this unique element of Japanese folklore.

About the Gokase region

Tea in this area has been consumed since long ago, mainly by means of picking and processing the leaf of wild-growing tea bushes, but records only make note of tea as a product in this region since 1600 when tea was used to pay tributes and taxes to the former ruling clans. The tea produced at this time was manufactured according to “The Aoyagi Method” [青柳製, Aoyagi-sei] employing a horizontally placed iron frying pan. (More detailed explanation later) This method reached Miyazaki prefecture through Korean immigrants that had settled in Kumamoto. When in the 1920’s harvesting scissors and mechanized equipment was introduced, manufacturing in this region shifted to sencha, which was more labor friendly, efficient and for which the prefecture actively supported those who wished to make the transfer. 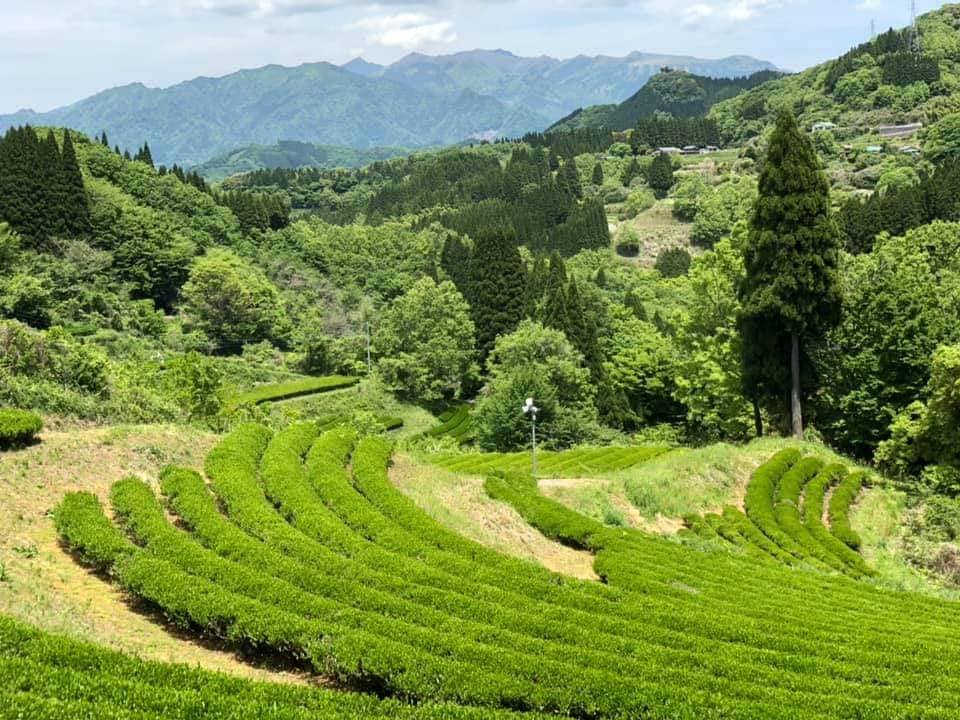 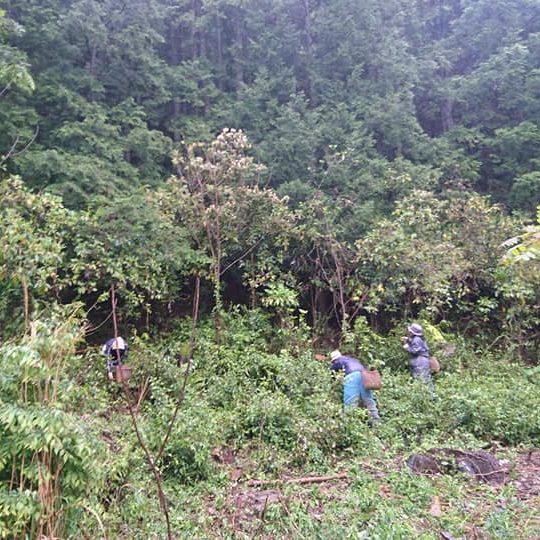 Gokase is a small mountain village in the north of Miyazaki prefecture where the climate is especially beneficial to the growth of the tea bush. The amount of rainfall, temperatures, soil quality, mist and dew are qualities that are especially favorable in these mountain precincts where native bushes used to grow freely and in great numbers. During the Meiji period (1868-1912), improvements on the production of Mountain Tea [山茶, yama-cha] were imposed on the farmers, and methods involving sun-drying practices were prohibited. In 1886 a teacher from Shizuoka came to the region to instruct on Shizuoka style green tea making, achieving a tea that was qualitatively comparable to what was at the time produced in Shizuoka. But, on the flipside, this eliminated all pan-firing practices until in 1930 the only factory equipped with machinery dedicated to the production of kamairi-cha was installed under prefectural supervision. From this point on more manufacturers reverted or diversified their manufacturing to kamairi-cha in recognition of the region’s authentic tradition and culture of farmer’s families that used simple pan-firing methods on tealeaves obtained from wild-growing tea bushes. A major difference now is however that most manufacturing has become mechanized as opposed to the traditional hand-parching methods [手炒り, te-iri] of the past.

Yōichi’s farms are situated in this central area on the Kyūshū mountain range, at an altitude of 600 to 650m above sea level. In summer it is cool, and in winter this region is treated with good amounts of snow. The temperature differences between day and night are large, while most mornings produce a thick mist over the mountains. These are all features that are specific to mountainous areas and that – in contradiction to flat areas – have always been considered more beneficial to the growth of tea, summer and autumn vegetables and rice. The surrounding mountains are mostly reclaimed forestland for the growth of Japanese cedar, a wood variety that is often used in Japanese architecture. And while there are but few sources of flowing water in the precincts of Yōichi’s farms, and as the individual plots of land are comparatively small, most farmers in this area combine tea farming with other activities such as field farming or animal husbandry. 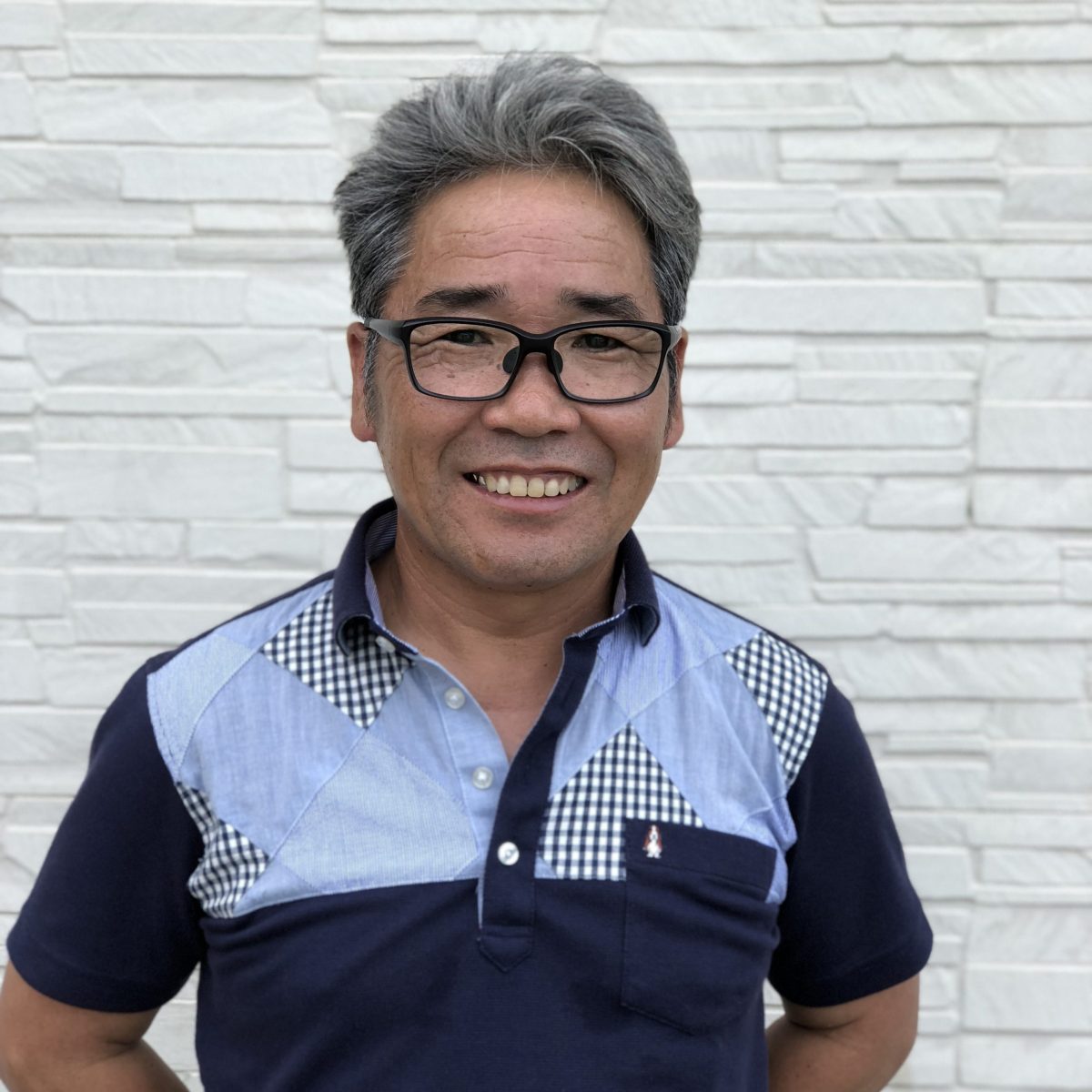 He has continued to grow natural, organic tea bushes for over 30 years. It is therefore no surprise that he has won the price for best Kamairicha, presented by the ministry of agriculture in Japan, for the astonishing amount of 15 times during his time as a tea producer.

A truly delicious tea is born from the plant’s inherent natural energy.