This tasting set includes a Wakocha black tea of each of these three very popular Japanese cultivars.
Through this tasting test you can  get an appreciation for the differences these cultivars have,
while discovering a set of delicious single origin, single cultivar Japanese black teas.

All three teas were cultivated and processed by the same tea manufacturer, according to the same procedures.
Therefore, the regional and environmental traits are absolutely the same.
This will allow you to get a better feeling with the traits of the cultivars themselves, without the interference of other external factors.

The set comes with a booklet with additional details on the cultivars and their cultivation/manufacturing. 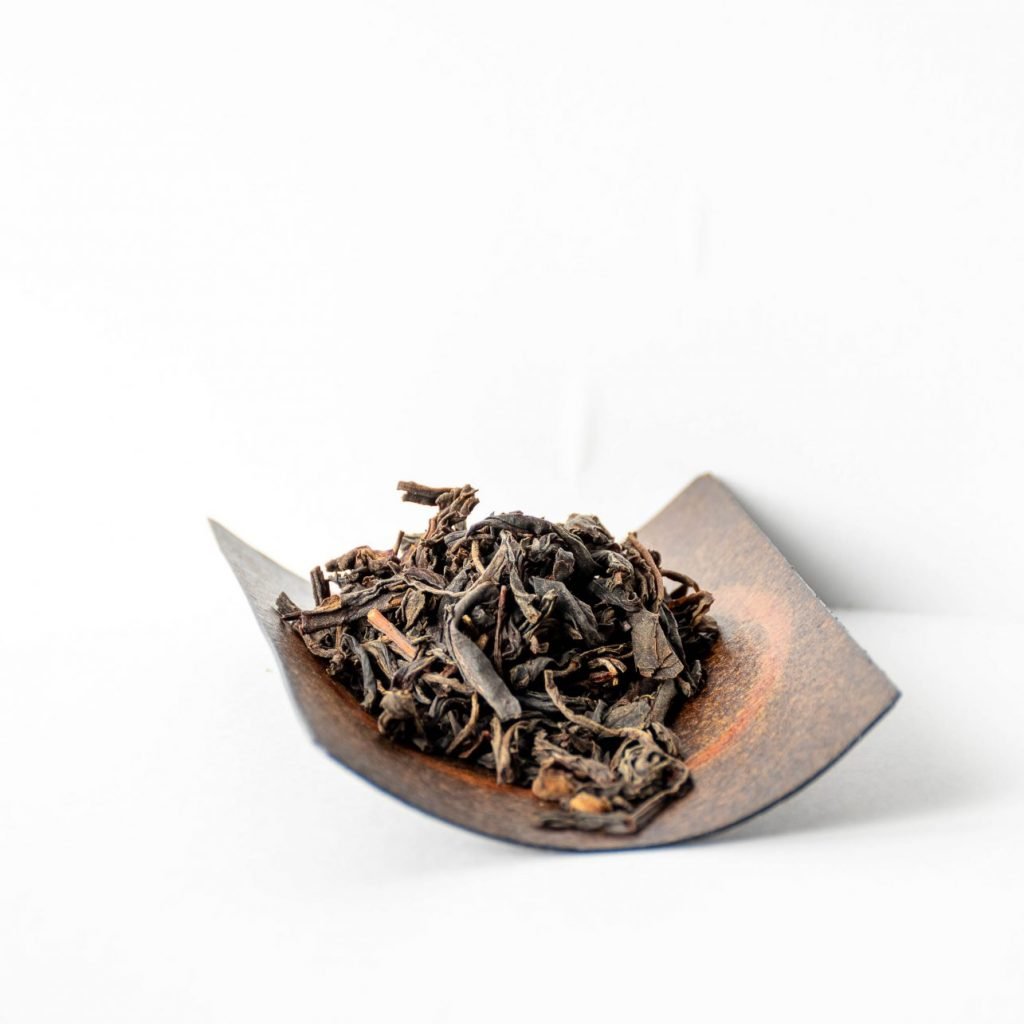 The Benihomare cultivar was discovered around 1942 and is the first cultivar to have been registered under Japan’s cultivar registration system in 1953. It was Motokichi Tada who upon return from Calcutta in India had brought several seeds of the Assamica cultivar back to Japan and planted them in his tea garden to further research how such cultivars developed on Japanese soil. The Benihomare cultivar was discovered from among the many bushes cultivated in this garden, and became recognized as a favorable species for the manufacturing of black tea in specific. When in the years between 1955 and 1970 the industrialization of tea manufacturing in Nara took place, this particular cultivar too was among the favorite new species to be planted on newly exploited tea gardens. In 1958, during the period when the export of Japanese black tea was a t a thriving stage, the tea produced from the Benihomare cultivar received the highest price at the London World Black Tea Competition; this to indicate the favorable embrace with which it was received globally. However, when in 1971 new measures for the liberalization of import were introduced Japan’s black tea export waned, and most black tea factories in Nara were closed, together with the transplantation of Benihomare tea gardens with green tea cultivars.

・Breeder: Motokichi Tada.
・History: Discovered in 1942, registered as #1, named “Benihomare” in 1953.
・Growth: Late grower. Comparatively small yield.
・Specifications: Its immediate heritage to Assam provides the bush with large elliptical leaves. When produced as black tea it produces deep red liquor with a full-bodied aroma, and a taste that may be slightly on the bitter end but with a sufficiently sweet and mellow tone to make it sufficiently agreeable.

The Benihikari cultivar is a variety native to Japan, and generally considered to be best suited to production of oxidised or semi-oxidised teas. The Japanese noun “beni” [crimson] alludes to the color of perfectly-brewed black tea; and infusions from this leaf are indeed a deep (yet bright) transparent red. Its flavor lies midway between astringency and sweetness, and has, in common with certain Chinese varieties, a fresh and pure aroma that escapes through the back of the drinker’s nose.

・Breeder: Research facilities in Makurazaki in Kagoshima.
・History: Registered in 1960 as #28 on the MAFF’s list of cultivars. The mother of the variety is the Benikaori cultivar of which the seed was pollinated with a local Kagoshima native species. This was then crossbred with the ‘Makura Cn1’ cultivar, a species of Chinese origin. The Benihikari cultivar was selected from among the various descendants of this crossbreed species, with proven capacity for the production of black tea and semi-oxidized teas. In short, the Benihikari cultivar is the ultimate combination of India, China and Japan’s proven black tea cultivars, developed to conform to international quality standards.
・Growth: Late grower.
・Specifications: The cultivar is praised for its vigor in growth and good yield upon harvest. 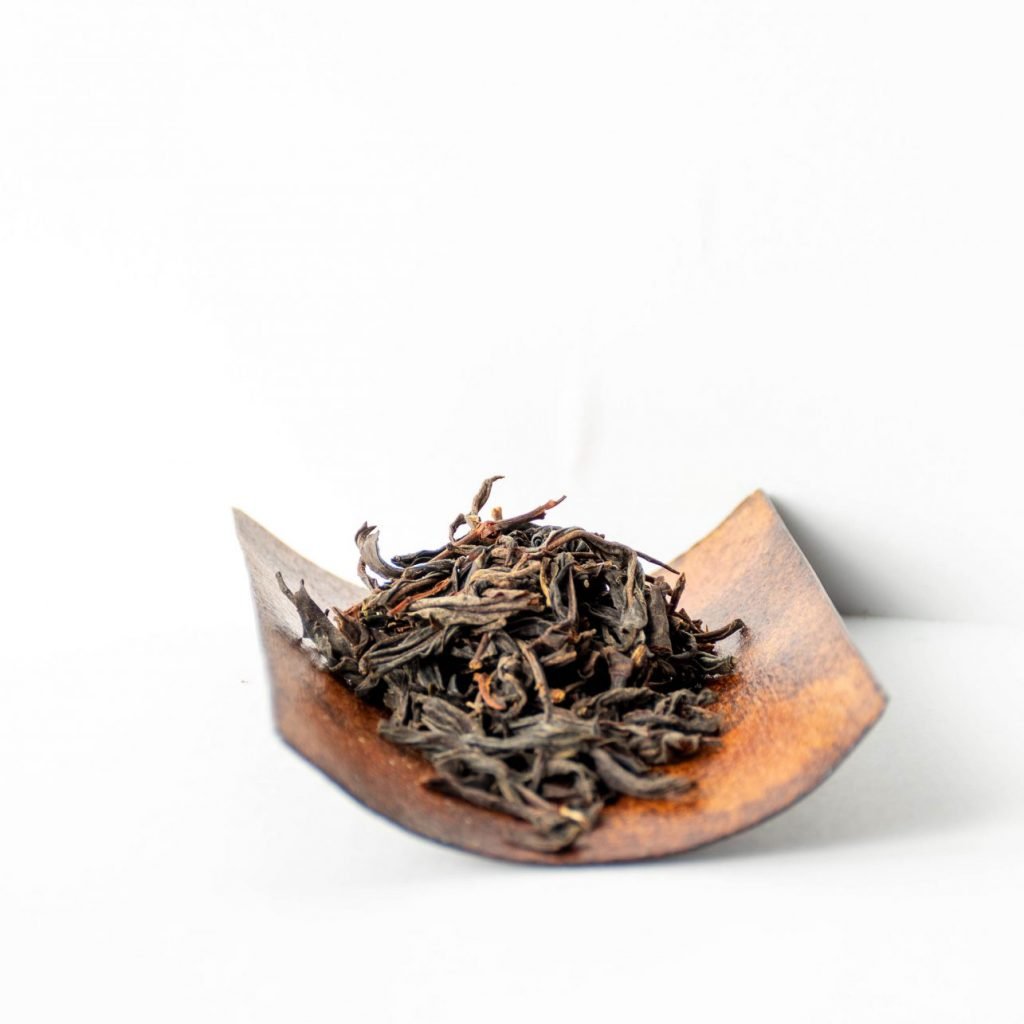 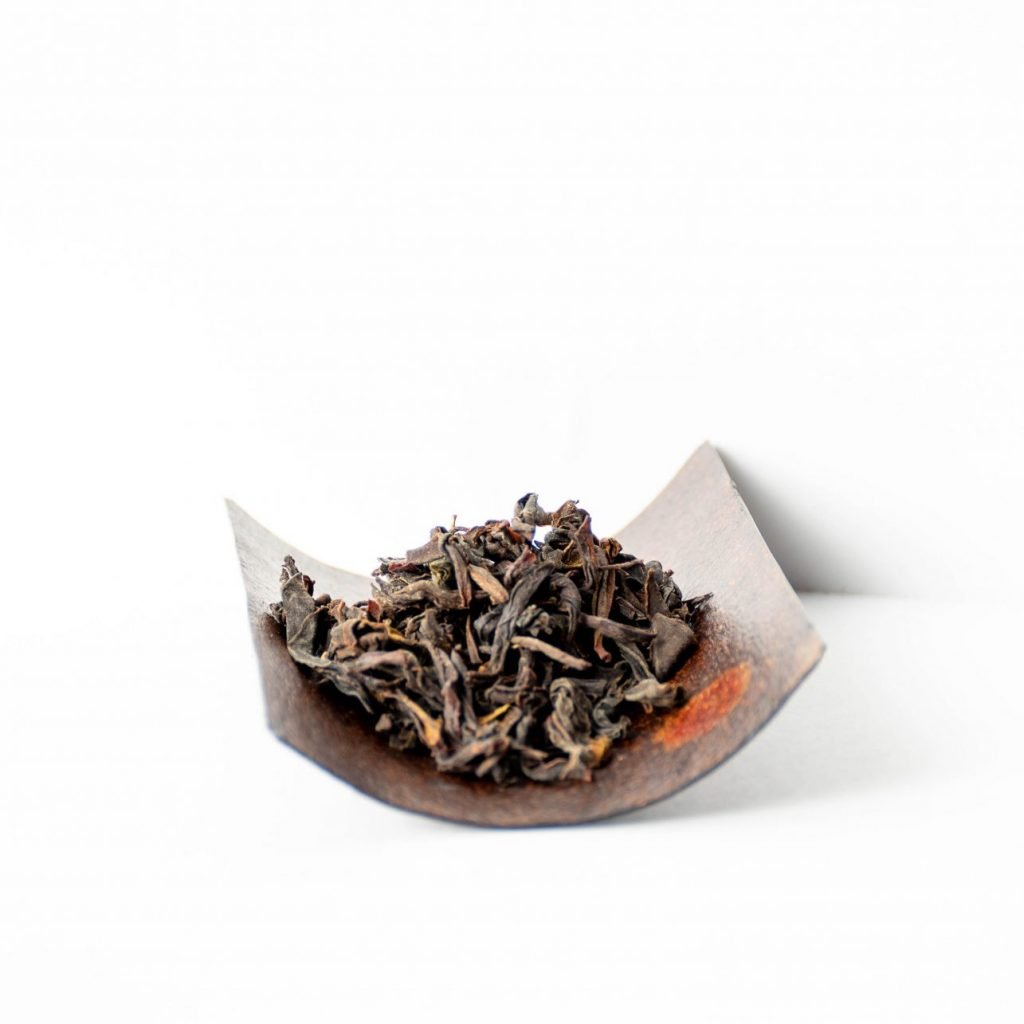 The Benifuki cultivar is a younger species with proven qualities that are received with great expectation and optimism towards the birth it may give to a uniquely Japanese black tea variety. 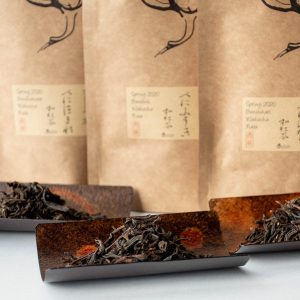