Traditional local tea from Kyoto with a unique aroma.

KyoBancha is a truly unique and traditional tea from Kyoto. If you have visited Japan before you may have had experience receiving a cup of tea upon entering a store or restaurant, for free. This is fairly common practice as the Japanese deem it highly important to treat their guests properly.

Most of ten the tea you will receive in such case is a bancha of a local variation; a tea that has served the household for generations as their daily brew; a characteristic tea that has unified that particular region for decades, perhaps even centuries.

In Kyoto this local variety of bancha is known as KyoBancha. It is a tea that colors the everyday affairs of the Kyotoites. KyoBancha (京番茶) means as much as “Bancha from Kyoto”.

The tea has a rather similar appearance to the leaves of the other kinds of bancha such as the Kamikatsu-Bancha. They are large, uncut, brownish looking coarse leaves. The fragrance however is something totally different. As the leaves are fired on a large fry-plate above a huge wood-coal fire, making it easy for the leaves to absorb a lot of the smoke, the overall aroma is a very smokey one. Some people are rather sensitive to this bitter aroma, and the preferences are opposed extremely. Those who like it, LOVE this tea, but those who don’t will go as far as to really despise it.

Commonly KyoBancha used the tea leaf that is recovered as waste from in-between harvests and autumn prunings. Generally this leaf is not considered high quality and would rather be thrown away or used as fertilizer on the fields. This gives it a very low demeanor. However, the KyoBancha tea we have in front of us here was manufactured from the organically grown pesticide-free tea trees at the Azuma tea farm in kyoto.

It is very rare to find a KyoBancha for which the leaf used is selected. Normally the producer would throw all the leaf he can get together and keep the firing process going. But for this tea he has made a separate arrangement so that we could enjoy a safe and healthy tea from pure tea leaves.

To brew in a kyusu

Using this brewing method it is possible to enjoy the tea from the same tea leaf multiple times. Add water and steep again.

To brew for more intense flavor

Boiling the tea will release more flavor and aroma and will make the taste more intense. When brewing a larger batch at once, boiling the leaf will allow more flavor to be released in the brew and you will be able to enjoy a stronger flavor. 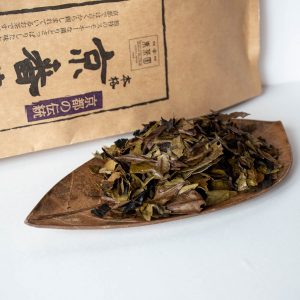